Monks live apart from the world but are unable to avoid the world’s turbulence in any time. Our own heritage is directly linked to the turmoil of the late eighteenth century. The age that witnessed profound revolutionary movements in Europe was not hospitable to religious Orders.

During the French Revolution, Father Augustine de Lestrange led into exile a group of Cistercians from La Trappe, seat of the Abbot De Rancé’s famous reform. These refugees found a home in the abandoned Carthusian monastery of La Val Sainte in Switzerland and pursued their monastic lives with an austerity that surpassed even La Trappe’s.

De Lestrange, who was anxious to preserve the Trappist monastic witness in the face of European hostility, looked to America, and in 1803 he sent twenty monks from La Val Sainte to make a foundation. These pioneers struggled for eleven years in a number of different locations before returning to France in the wake of Napoleon’s defeat. By chance (or was it by design?) one monk, Father Vincent de Paul Merle (1768-1853), was left behind in Halifax, Nova Scotia in May 1815.

Father Vincent de Paul, by all accounts, was blessed in equal measure with practicality and sanctity. While his determination to erect a permanent Trappist monastery never flagged, he offered his pastoral services to the Bishop of Québec and zealously served the Acadians and Micmac Indians in what is now the Diocese of Antigonish. By the late fall of 1819 he had found a tract of land at Tracadie, Nova Scotia that was suitable for his original purpose, and he made the necessary arrangements with de Lestrange then residing at the French monastery of Bellefontaine to begin the foundation of Petit Clairvaux. The first community numbered only five, and new vocations were scarce because of the fervor with which the monks aimed to observe the monastic life as it had been embodied in de Lestrange’s rigorous interpretation of the Trappist reform. 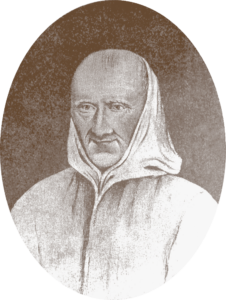