The Festivals of Our Summer Season

The summer season brings with it many Feasts and Solemnities. Especially on Solemnities we monks have the opportunity for deeper silence and solitude since we are free from our usual daily work assignments just as on Sundays. Feasts and Solemnities always include liturgies with a festive character; at Mass there is special vesture, incense is used and flowers adorn the altar and, as at the Offices, there are special antiphons and hymns.

The festivals of our summer season begin with the Solemnity of the Corpus Christi in June, when we process through the cloisters all the while chanting hymns. We stop at a specially decorated shrine or station at the corner of the southwest cloister, where the Blessed Sacrament is enthroned, and we pause for prayer. We then continue through the west cloister and into the front doors of the abbey church as the bells ring. The organ intones a new hymn, and the Blessed Sacrament is again enthroned on the main altar.

The Solemnities of our summer season include: Corpus Christi, The Nativity of John the Baptist on June 24, Saints Peter and Paul on June 29, Saint Benedict on July 11, the Dedication of the Abbey Church on August 1, The Assumption of Our Lady on August 15 and Saint Bernard on August 20. There are also the Feasts of Saint James on July 25, Transfiguration on August 6, Saint Lawrence on August 10 and finally Saint Bartholomew on August 24. 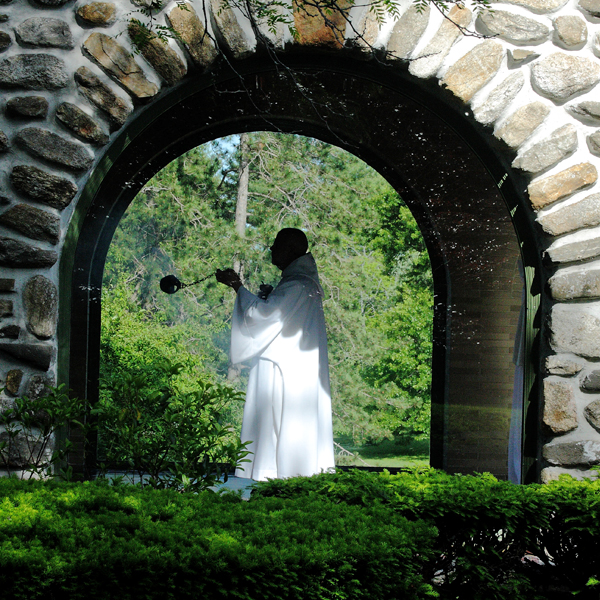